The universal model outlined below has been embraced by virtually all types of organizations from multinational corporations to small businesses, to professional sports, to education, to churches, non-profits and more. Developing a cohesive executive team is a critical component to building a healthy organization.

The Five Dysfunctions
Absence of trust – an unwillingness to be vulnerable. Team members who are not genuinely open with one another about their mistakes and weaknesses make it impossible to build a foundation of trust.

It sounds simple, because it is simple, conceptually at least. In practice, however, it is extremely difficult because it requires levels of discipline and persistence that few teams can muster. Take the team assessment on the following page to gain insights into how your team is operating together right now!

Team Assessment
Instructions: Use the scale below to indicate how each statement applies to your team. It is important to evaluate the statements honestly and without over-thinking your answers.
3 = Usually
2 = Sometimes
1 = Rarely 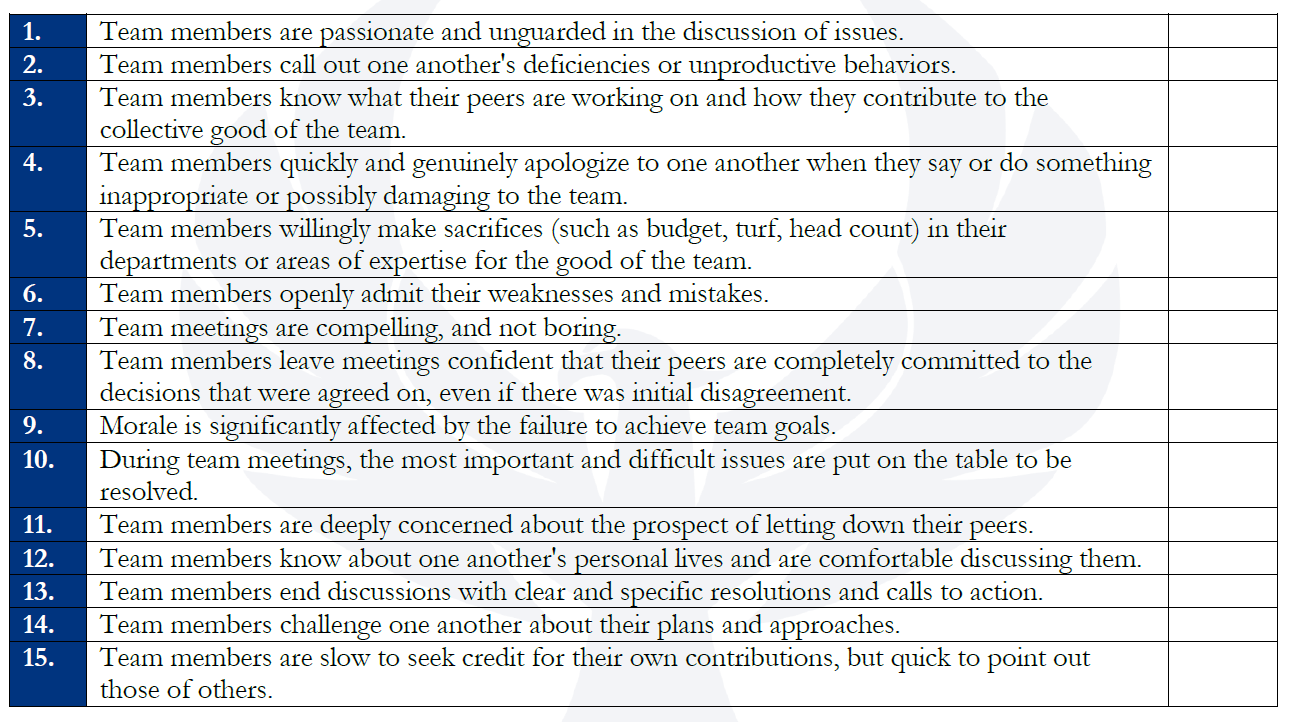 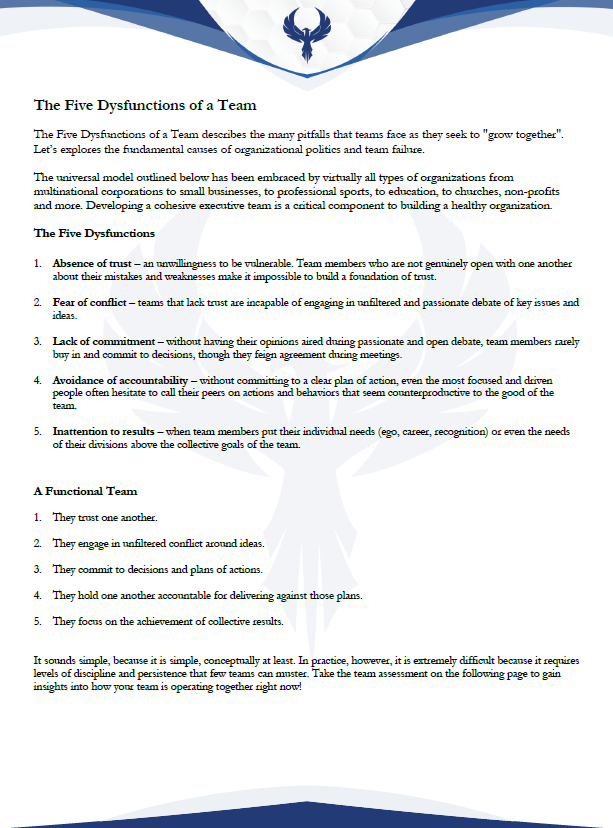